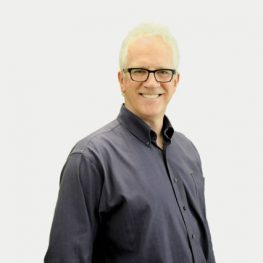 Alistair came to Canada, from Scotland, at age 10. After high school, he attended Bible school and became a missionary in France, thereby realizing an unfulfilled dream of his grandmother. Living in France yielded a deep interest in worldview and linguistics, and eventually a passion for teaching French in Canada. Alistair went on to graduate studies in educational leadership, particularly servant leadership, which he applied to his role as a Christian school teacher and principal.

After 20 years in education, Alistair moved to a business career. During that 15-year period, he developed considerable expertise in U.S. health care reform, and co-authored a book on the topic, for eye doctors. As business development gave way to business consulting, Alistair eventually founded a writing business. It was this business – in fact, a blog post about missions and worldview – that brought Alistair in contact with CanIL. Having, in addition, a passion for road cycling, and charitable sector experience with CanadaHelps, Alistair’s interest in serving as CanIL’s Vice President of Development was a natural fit. Soon after joining our staff at CanIL, with the shared vision and support of our President, Alistair founded what we now know as CanIL Launch.

Ruth works in special education, in the Abbotsford School District, and is also a Registered Therapeutic Counsellor.

Alistair’s very first teaching job was at Trinity Western, in 1983, when he taught French Conversation.