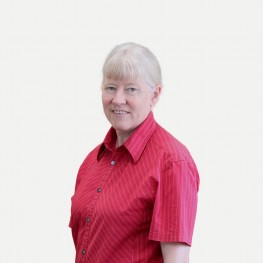 Instructor in Linguistics at Tyndale

While attending a junior college in California, Lori became a Christian and, together with a friend,  started an InterVarsity Christian Fellowship group. Part of this involvement led her to attend a mission focused conference called Urbana, which God used to direct her to work overseas.

Lori and her husband Bill worked with SIL (a partner organization of Wycliffe Bible Translators) in various countries of Africa for 19 years. Their work in Congo-Brazzaville, Mozambique and Kenya including teaching, book-keeping and encouraging teams to write up people profiles.

Lori and Bill have two sons living in California, each of whom is married with one son. Lori loves studying biblical cultures and anthropology. They are avid hikers and enjoy the beautiful outdoors here in British Columbia. They love being part of the CanIL community and having the opportunity  to work with eager young people as they prepare for the roles God may have for them in Bible translation and minority language development all around the world.