New Pilot Earpiece Translates Languages for You in Real Time

New Pilot Earpiece Translates Languages for You in Real Time

The aspiration to remove language barriers with the help of technology is not new. A plethora of online translating tools have been launched in the past fifteen years, such as Google Translate, Babel Fish, and WorldLingo. If you carry a smartphone, you have a portable translation device.

Computerized text-based translation tools have become increasingly sophisticated. “Today, in 2016, entire websites in 103 languages are instantly translatable in under a second! Every month, the Google Translate service boasts over 500 million users, 92 percent of whom come from outside the United States. And each day, Google generates over a billion translations, more than the contents of a million books and more than all professional translators accomplish in a year.”¹

Despite these rapid advancements, computerized translations have limitations. While they’re terrific for producing literal translations from basic words and phrases, they are unreliable when it comes to grasping context or social and cultural nuances, and tend to get bogged down by idiomatic language and slang.

Text-based translation services have become prevalent, but now Waverly Labs says it’s created a first: the company is introducing a smart earpiece language translator that’s capable of translating conversations as they are happening. The Pilot is a set of two ear buds that costs $299 U.S. The technology will initially be released in European-based Romance and Germanic languages, including English, Spanish, French, and Italian, according to the company’s website. Following the first wave will be other world languages, such as Slavic, Semitic, Hindi, and East Asian.² 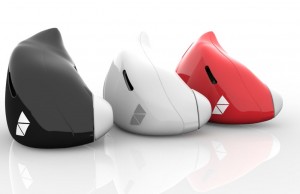 The ‘smart earpiece,’ as the company calls it, and corresponding app, uses speech-recognition technology to translate in real time, so that two people speaking different languages can have a conversation without missing a beat. Of course, in order for the technology to work, both people need to be ‘hooked up,’ so to speak—which is why the set comes with two earpieces, one for each participant.

It’s easy to imagine that this set of earpieces has great potential for two people who are motivated to get to know each other. Indeed, the catalyst for the idea came up when company founder Andrew Ochoa “met a French girl” and wanted to communicate with her clearly. 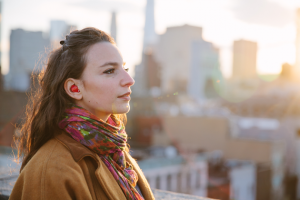 Will this smart earpiece create “a world without language barriers” as the company’s website proclaims? And to restate a question posed by the Atlantic, “could two people use real-time translation to fall in love?” I could personally see this working in the short-term. But when I consider the prospect of planning to wear an earpiece every day, at some point if the relationship is to go long-term, language learning would make a lot of sense.

Nevertheless, if the earpiece works as claimed, it will herald an advance in translation technology that is sure to be refined with time.